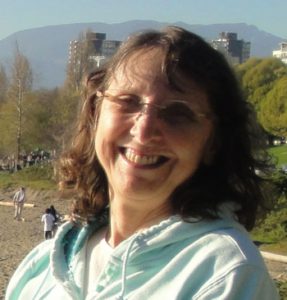 When I was a child, the teachers in the public school read the Holy Bible at the front of the class and had us recite the Lord’s Prayer. I learned a few Christian songs in school for Remembrance Day and special occasions. I grew up in a community where I could go to a Christian club in the public high school and I could find Christian friends who attended a local evangelical church. I heard the Bible read over the loudspeaker and I heard the Lord’s Prayer. Over the years, I have benefited greatly from this great Canadian Christian heritage of my childhood.

When I became a teacher, I had the option as to whether or not I could read the Bible to the children and say the Lord’s Prayer. For three years, when I taught in the public school, I did this with the children and I did it according to the law without explanation.

When I became a missionary, early in my career, I held Bible clubs to help children learn about this book, the God of this book, and the way of salvation from eternal ruin through belief in Christ crucified, risen, and coming again. Some of the clubs were held in public schools. After a while, the principals had a meeting about my case and decided that I must rent the room in order to continue the clubs in the public schools. I was poor, so I withdrew.

In 1986, the Bible was banned from the British Columbia public schools. Within the last few years, when I inquired about teaching the Bible for public school high school students, I discovered that a law had come into effect banning the teaching of religion and religious dogma from public schools.

Last year, as a volunteer in the Vancouver School District, a notice came forward to me from the Vancouver School Board that I must sign a statement that included that I would not teach religious dogma in an after school program. The previous year, I had made available Christian gospel books and Christian worldview books to the children who were being helped with their education through a Christian group. I freely explained Christian terms to children, if they asked. Apparently this was against the law. I didn’t know if they made this note up for me, in particular, but I withdrew fearing that I might not say the right thing in the after school program and would be asked to withdraw. The books had to be vetted out.

Whatever happened to freedom of religion, freedom of conscience, freedom to gather? Do parents who have their children in the public school have freedom to have their children taught according to their religious convictions, even after school on public school property? Not at this time. Certain areas of our country are constitution-free zones. Is this lawful? Children are being raised in these constitution-free zones to their peril. This is influencing the direction of our whole culture.

I was raised in a culture where Christianity was the foundation. People believed in biblical morality. Now all of this is steadily being removed from the public square. All that I hold dear in terms of biblical foundation is being swept away by a humanistic religion that replaces our Christian heritage with autonomous living. People who hold to humanistic philosophies are well-meaning people that think that we the people can decide what is right and wrong without any exterior reference point. As a result, we have no abortion law. Gay marriage is promoted as the norm. As of June 2016, we have euthanasia as a medical practice. Instead of promoting life, we are promoting death publically and our policies, priorities, and practices as a nation and as provinces will gradually completely reflect that point of view, if there is no turn around.

The foundation of humanism is atheism and evolution is taught as the view of reality through the public schools and the media. No other view is allowed there. Therefore, our children are uninformed of our Christian heritage. They do not know right from wrong and are left to their own devices and the lure of an “anything-goes culture”. Their thinking is formed by a godless foundation in the public realm. They do not realize that there is a more sure way to live.

It is time for Christians to rise up in a caring way to proclaim that there is still truth. Truth and love based on an eternal standard is the foundation of a truly democratic people. When people are ruled from within by this foundation, our public life will also work harmoniously.

The Christian Heritage Party is willing to have its policies based on our biblical foundation; that is truly Canadian. This is what our forefathers set up and desired. Ours was called, the Dominion of Canada and it is still its official title.

Our motto is from the book of Psalms 72:8: “He [the LORD] shall have dominion also from sea to sea and from the river unto the ends of the earth”. Our laws have been formed “Under God.” That means the God of the Bible. These laws are steadily being replaced by humanistic ideals where anything goes morally. Doing what pleases people is becoming the norm. The only problem is: What standards will we choose now that the Bible is being turned aside? What people will we please? I ask: “What is so bad about being good?”

Being good makes common sense if we can all agree on an exterior standard of what is good and evil. But when we replace the Bible with our own thinking, we will steadily go away from the God of the Bible and descend into chaos. Who will rule us if we can’t rule ourselves from within?

“When the righteous rule, the people rejoice…”

“Righteousness exalts a nation, but sin is a reproach to any people.”

If we want to be blessed, we need to align ourselves with the One who can bless us. “Blessed is the nation whose God is the LORD…” Though upstanding people don’t have the goal to bring in the kingdom, we can be salt and light and help show people that it’s okay to be good, even in the public square.

“Stand then and having done all to stand…”

“Therefore let us let us do good to all men…”

These are some of the many reasons I have joined the Christian Heritage Party. If you believe in the ideals of our great Canadian Christian past, will you join and share your story too?

View all posts by CHPBC Admin →
“On July 25, 2016 the BC Legislature voted UNANIMOUSLY to add ‘Gender expression and identity’ to the BC Human Rights Code … “
CHP-BC Seeking Solid Prolife, Profamily Candidates To Run In Spring Election

We, the members of the Christian Heritage Party of British Columbia, stand on the foundation granted by our Creator: individual dignity, personal freedoms, economic enterprises, and limited government, which is the basis of our great Canadian heritage.